Due to their destructive nature and ability to affect networks with ease DDoS attacks have become especially threatening to any business running web applications. Flowmon DDoS Defender puts advanced artificial intelligence between your critical systems and attackers. Without any changes in infrastructure, in a fast and painless process, network and security engineers will have up-and-running active DDoS mitigation and protection. 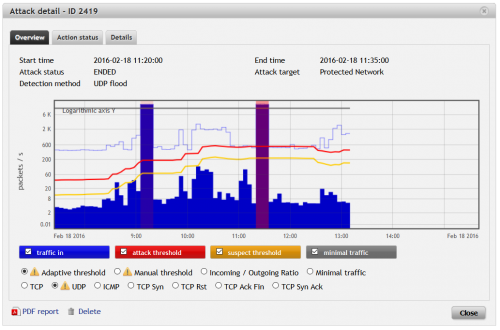